We were recently featured in the new hydrogen news site, “The Hydrogen Source”.  It’s a subscription only service for those interested in the growing hydrogen sector.  As all articles are behind a paywall, we are happy to share the full text below:

Utility-scale solar and storage developer RAI Energy has tapped an advisor for a capital raise. The company is evaluating co-development conversion for green ammonia production at projects in Arizona and California.

RAI Energy, the utility-scale solar and storage developer, has hired an advisor as it pursues a capital raise.

The company is working with Keybanc Capital Markets in a process to raise up to $25m, according to two sources familiar with the matter.

In an interview, RAI Energy CEO and owner Mohammed S. Alrai said the company “is excited about having [Keybanc] act as our financial advisors on this fundraising round.” He noted that RAI is first a solar-plus-storage developer and is approaching investors as such.

However, RAI is evaluating co-development conversion for green ammonia production at two of its project sites in Arizona and California, he said.

“Hydrogen is a natural next step,” Alrai said of his company, adding that the end-product would be green ammonia for use in fertilizer production and industrial sectors. Pure hydrogen could also be kept for use in transportation.

A variety of partnerships would be required to develop hydrogen at RAI’s solar sites, Alrai said. The company could need advisory services to structure those partnerships.

RAI is working with engineers on the hydrogen question now and is open to additional technology and finance advisory relationships, he said. The company is also evaluating several electrolyzer manufacturers.

“It’s an open book for us right now,” Alrai said of hydrogen production. “We’re always open to talking to people who can help us.”

Contact us today to discuss how renewable energy development with RAI Energy can impact your community. 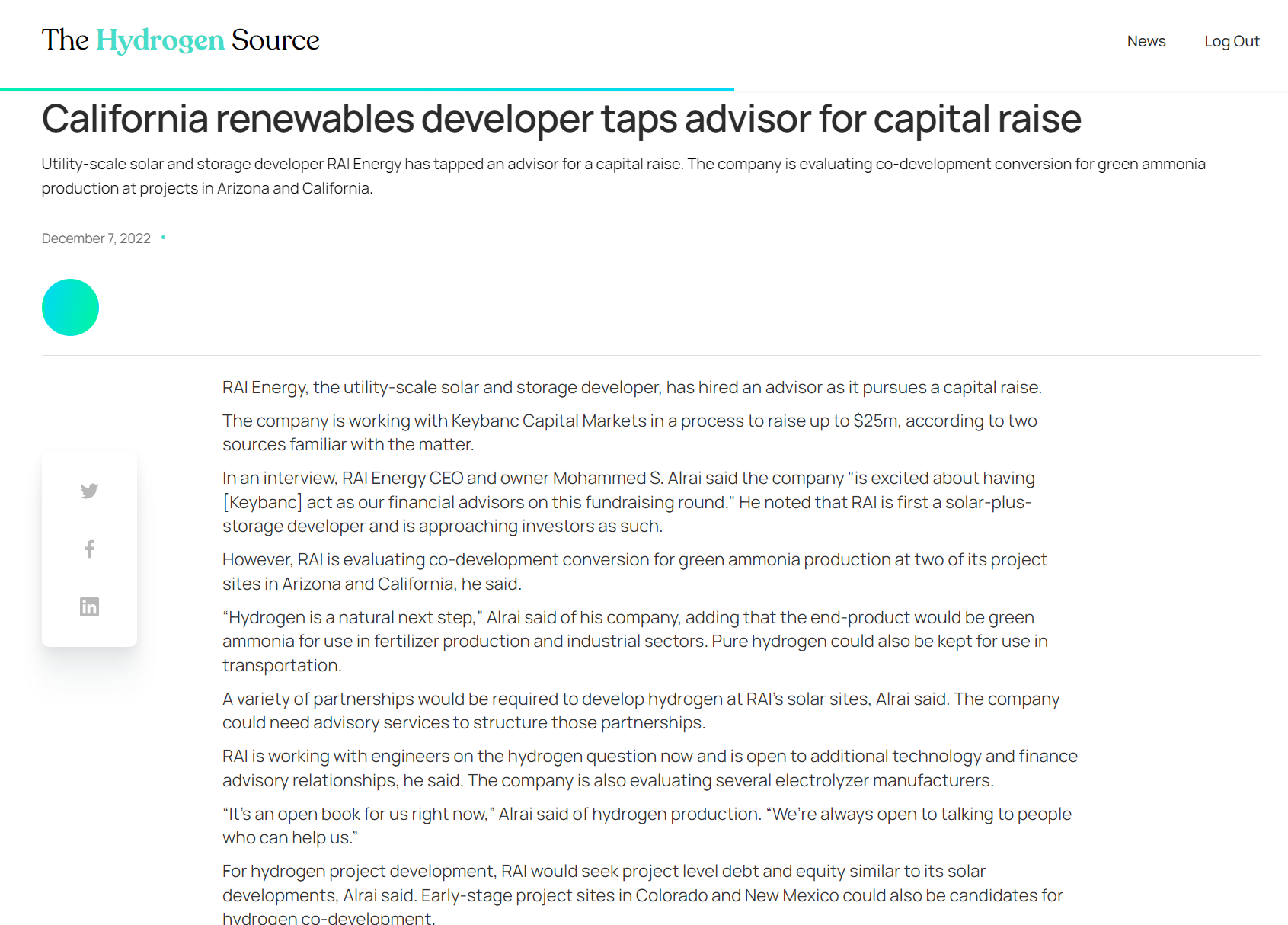